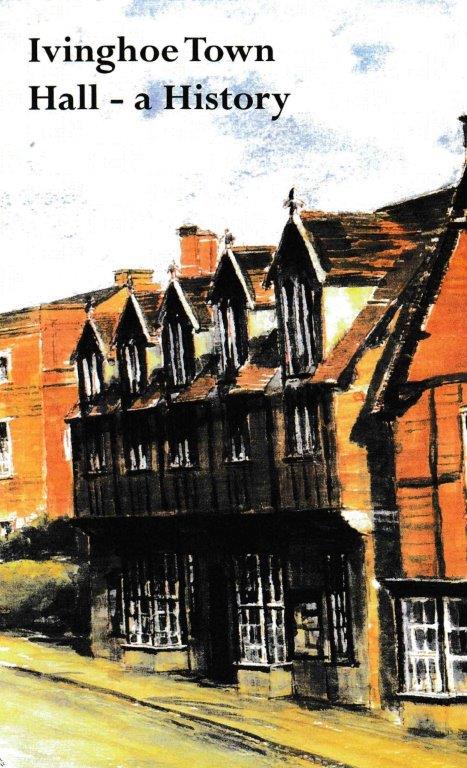 Material for this incomplete History has been gathered from various records and with the much appreciated help of local historians. There are nevertheless many gaps in the information collected, at least up to the 20th Century.

It is however certain that the various buildings that have stood on this site fulfilled a wide variety of functions essential to the life of what became a significant market town. For many years from the 13th Century the only place to hold parish ‘meetings’ seems to have been the Church, where parishioners apparently sat on stone or wooden benches against the walls.

Fairs were important functions and the first was granted in 1227 by Henry du Bois to be held on St. Margaret’s Day and there is a record that fairs were held annually on 25th April (later 6th May) and 17th October when sheep, pigs and cattle were traded. In 1319 Bishop Sandell of Winchester granted a weekly market and one can say that Ivinghoe became  a market town. For many years it is probable that these activities were conducted in the open. 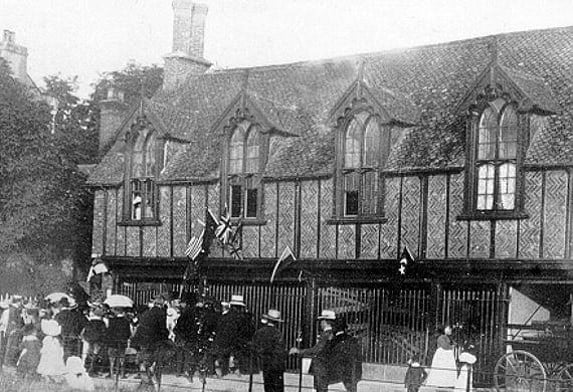 What is not clear is when the ‘market house’ or hall was first constructed. The first record of a Hall is 1519. It is said to have had an open ground floor and the room above was used for ‘feasting, drinking and dancing’. Wool was probably traded from this site.

In 1531 the Church Wardens organised a fund to build the Church House, later to be known as the Town House or Market House and then the Town Hall. Presumably this was an improved version of the building referred to in 1519 and probably approximately on the current site. For years there was a Poor House or Work House which was probably this building which housed a considerable number of men and women supported by the parish. In the early 19th Century the population rose from 1215 to 2530. A poor rate was levied and there is a note that up to 200 people received relief. In 1834the workhouse was transferred to Leighton Buzzard and by 1838 the building was empty.

Straw plait had become an important industry and was traded at a weekly market which it is claimed reached the amazing figure of £300. Traders apparently preferred to trade in the street rather than in the building. By the 1870’s a census shows that out of a population of 873 adults, 275 females and 76 males gave their occupation as straw plait.

In 1811 the Gentleman’s Magazine described the Hall a ‘not much superior to a large tiled cow-crib’. In 1840 the Market House or Town Hall was sold by the Church Wardens to the Brownlow Estate for £284-18shillings. They rebuilt the Hall with timber framed construction and herringbone brick infill to the first floor but open sided ground floor. At the rear were two cells at ground floor level of which there are still traces, with accommodation for a police office. They lived in a cottage incorporated within the building. There is a record of a police constable living in this accommodation from 1841 and later a police Sergeant Henry Andrews in 1861.

Records at the time include the Post Office Directory which stated ’The Town Hall is an elegant structure where Petty Sessions are held third Saturday in every month and the police station adjoins’. By 1847 Kellys Directory states ‘ In this elegant structure two or more magistrates preside the first Monday in every month to try delinquents and administer justice’. In 1862 Sheehans Topography of Buckinghamshire states ‘this is a neat building erected on the site of the old workhouse. The lower floor was intended as a market house but is not often used by traders who prefer to expose their wares in the open air’.

In 1890 the Ivinghoe Reading and Recreation Club was formed and met on the first floor, the ground floor was still open. It met three times a week for reading and discussion. There is a Minute book detailing some of their debates. Initially it was presided over by the Vicar. Papers available and paid for by the Parish Council included the Telegraph, Chronicle, The Daily Graphic, Pearsons Weekly, Farm and Home, Ally Sloper and Tit Bits! 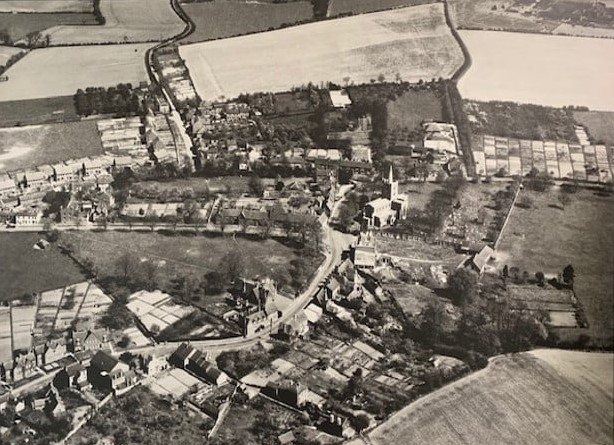 In 1917 the Ivinghoe and Pitstone Women’s Institute was formed by Mrs Watts and Mrs Roberts. They met in the Hall and still do so.

In 1919 after the first World War a committee was formed to raise funds for a war memorial to be built. This was erected in the churchyard and since they had surplus funds they decided to try and buy back the Town Hall and the adjoining cottage from the Brownlow Estate for the village. The purchase was negotiated for £462-15-6d. Additional funds were raised by public subscription and functions. Repairs cost a further £799-13-3d and with other expenses a total of £1606-13-8d had to be found. It was decided to call the building Victory Hall; however this was not popular and it was usually referred to as the Town Hall. The ground floor was enclosed and with increasing use of the first floor room for village functions the Reading Room was moved to the ground floor now included a Billiard Room. The National Provincial Bank rented a room one day a week.

In 1923 the Deeds of the Hall were vested in the Parish Council who decided that the Hall should be run by a nominated committee of Council members. A caretaker was engaged at 5 shillings per week to live in the cottage. There are still people in the village today whose families lived there. We are fortunate to still have records and Minute Books from this time. Mr and Mrs Roberts gave many years of service as Treasurer and Secretary.

In 1931 the Reading Club, which had disbanded, was reformed and later was run by a subcommittee of the British Legion dropped out. Subsequently Margaret Horn ran a voluntary library for many years.

In 1953 Ian Horn was Secretary of the Committee through difficult times when the structure of the building deteriorated and became progressively unsafe. In 1959 there are alarming stories of the roof of the downstairs room flexing frighteningly with the lights bouncing up and down when there were parties and functions upstairs. In 1963 after attempts to raise funds, the Parish Council and the Committee reluctantly that the extent of the necessary repairs was beyond their capabilities and decided they would have to hand over the building to the County Council for restoration. This was eventually arranged for a fee of 1shilling!

There was a condition that a Branch County Library would be included and a flat for the caretaker. The timber framing was to be retained as far a practicable and the herring-bone brickwork restored at first floor level. The costs of restoration were estimated at £10,000. In 1964 a 40 year lease was negotiated by the Parish Council at a ‘peppercorn rent’ of £1 per year. This covered the upstairs hall, storage and kitchen areas with joint responsibility for the stairs, lobby and toilets.

In 1965 the Parish Council at a special meeting decided to form a Management Committee to run the Hall which was expected to be ready by midsummer. An attempt was made to obtain funds from the Ministry of Education who stated it would be necessary to enter into a Trust Deed. They also specified this should include management largely in the hands of local people using the Hall.

In 1967 an application was made to the Charities Commissioners for registration and this was completed in April 1968. A Constitution and Rules were drawn up for the management of the Hall and incorporated in the Trust Deed. This also specified that all local clubs and societies using the hall were to be given opportunity to nominate representatives to serve on the Committee. At this time the Hall was listed as a Grade II Building.

In 1969 further improvements were sought through the County Council. They stated that in view of the likely costs they would have to increase the rent to £70 per annum and impose other conditions which were unacceptable. After much negotiation it was agreed to share the costs with the Parish Council repaying over a period. Plans for improvement were drawn up by Michael Sear who served on the Committee. These were carried out over a period.

Under the Committee, the Hall has operated successfully and been well used and loved by the community. In recent years a series of Health and Safety Regulations have necessitated considerable expenditure but facilities are probably better today than ever before. In 1992 we enter Bucks Village Hall competition and were Runners up. In 1994 we did even better and won the Best Used Small Hall Award and a Commendation in second place for Hall Management.

In 1996 after unsuccessful attempts to obtain National ?lottery funds we raised over £7000 to purchase and install an invalid stair lift which has been much appreciated.

Our Sub-Lease expires in 2004 and we will then have to face the probable imposition of a ‘commercial’ rent. This will be a difficult time but the Hall has had a long and frequently hazardous existence and has become an essential feature of the village which it must surely continue to be.